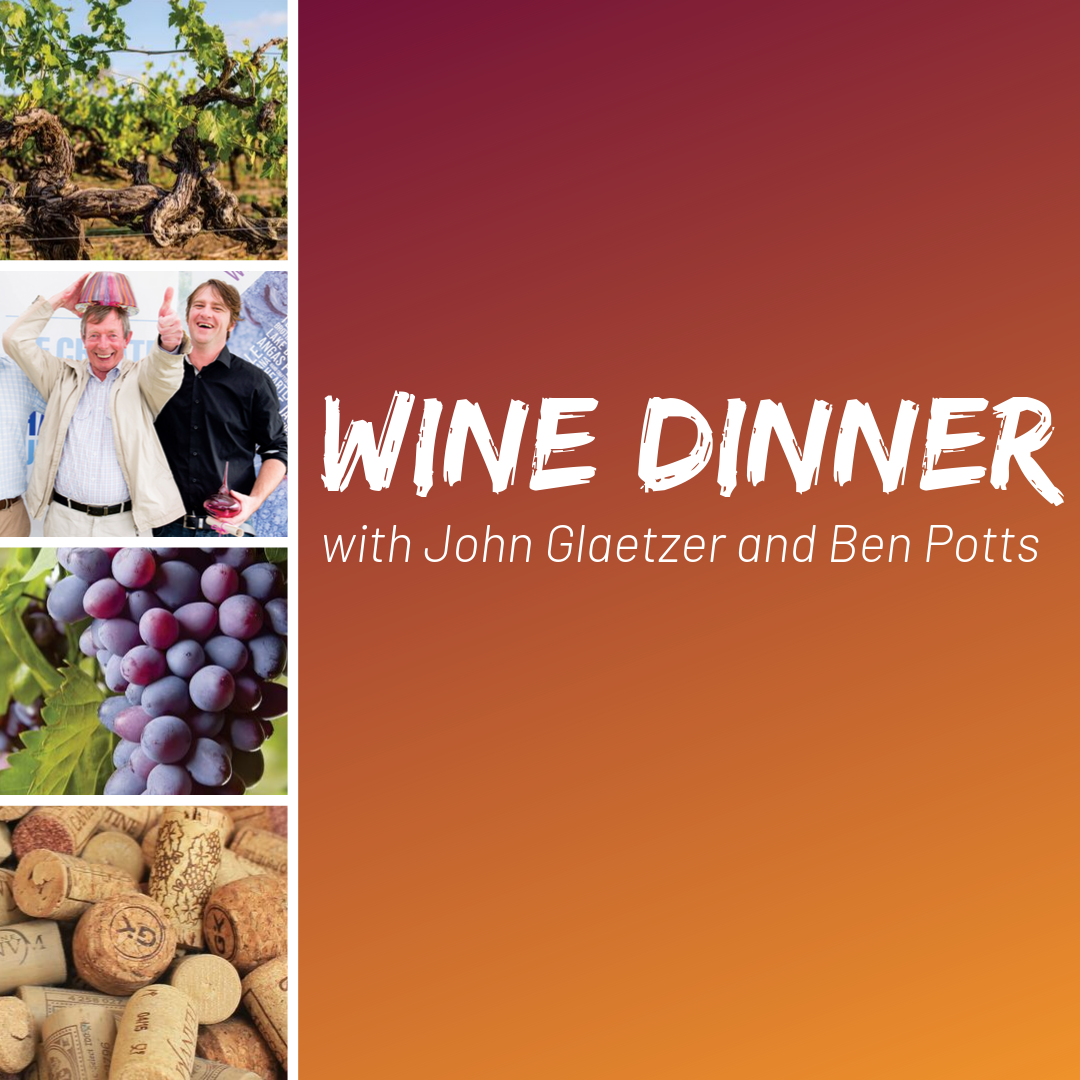 Join University House at the dinner table as we enjoy some delicious food and wine at our Wine Dinner with John Glaetzer (John’s Blend Winery) and Ben Potts (Ben Potts Wines).

John is an Icon of the Australian Wine Industry. From 1974 till 2004 he worked with Wolf Blass as their senior red wine maker. During this time he had won 4 Jimmy Watson Trophies along with numerous other accolades, including too many medals and trophies to mention. He is a highly respected wine judge who now works as a consultant to both the Fosters Wine Group along with independent growers and winemakers.

John also has his own premium label “John’s Blend” which produces a Cabernet Sauvignon from Langhorne Creek and a Shiraz sourced from both Langhorne Creek and McLaren Vale fruit. John has always had a strong affinity with Langhorne Creek, long singing the praises of the exceptional quality fruit continually produced there. In addition, John is involved with “Gipsie Jack” – a new and exciting Wine Label developed by two Industry stalwarts – himself and his viticulturist friend Bill Potts. It is named after John’s beloved Jack Russel. Jack is also Irish for John, this wine displays the nature of a true partnership between a man and his dog”.

Sounds like John could easily be a wine tosser! No way! A freak of nature with his highly tuned palette, make no mistake his sense of humor and wit are equally sharp. He is an all-round nice guy, happy to sit have a chat and wine with anyone.

Ben represents the sixth generation of winemakers in the family, a family who has resided in Langhorne Creek since 1850 growing grapes and producing wine. The family vineyards were an integral part of Ben’s childhood. He grew up in and around them, and some of his favourite memories involve them. As a young child Ben can clearly remember helping his Father, Bill Potts, in the vineyard or jumping in the mud puddles left by the floodwaters between the rows of old cabernet and shiraz. He even made a little pocket money grape picking, joining the hand gangs after school and earning 20 cents a bucket for his efforts!

A passion for Langhorne Creek, grapes and wine were a natural progression for Ben. Working alongside his Grandfather Lenny and Father Bill, Ben’s first vintage was in 2002. He believes it is his family’s knowledge and passion for the vineyard over the past century that is the core ingredient of Ben Potts Wines.